Tô no Mapa is an app developed to help Brazilian Traditional Peoples, Communities, and Family-scale Farmers map their territories by themselves.

It is a free and accessible tool, built through dialogues between many distinct communities and social organisations.

With this political tool, you can strengthen your struggle over non-recognised territorial rights. It is an opportunity to show that you too are on the map!

This is an Amazon Environmental Research Institute (IPAM) initiative, alongside the Institute for Society, Population, and Nature (ISPN) and the Cerrado Network with the support of the Cerrados Institute.

Tô no Mapa intends to create a georeferenced and updated database about traditional territories, the fill the current gap in official data. The main goal is to use this information to create a unique map and enhance public policy-making, as well as to back other initiatives from associated movements, networks, and social organisations.

By mapping your territory and becoming a part of this network, you potentialize your struggle to guarantee your rights, social development, environmental protection, territorial ownership recognition, and respect for the lifestyle of your people and your community.

Being part of Tô no Mapa does not guarantee land legalisation, regularisation, or demarcation by the competent body, but it plays a key role in assuring that traditional groups, especially those facing the most threats, are seen as political entities and garner protective actions. 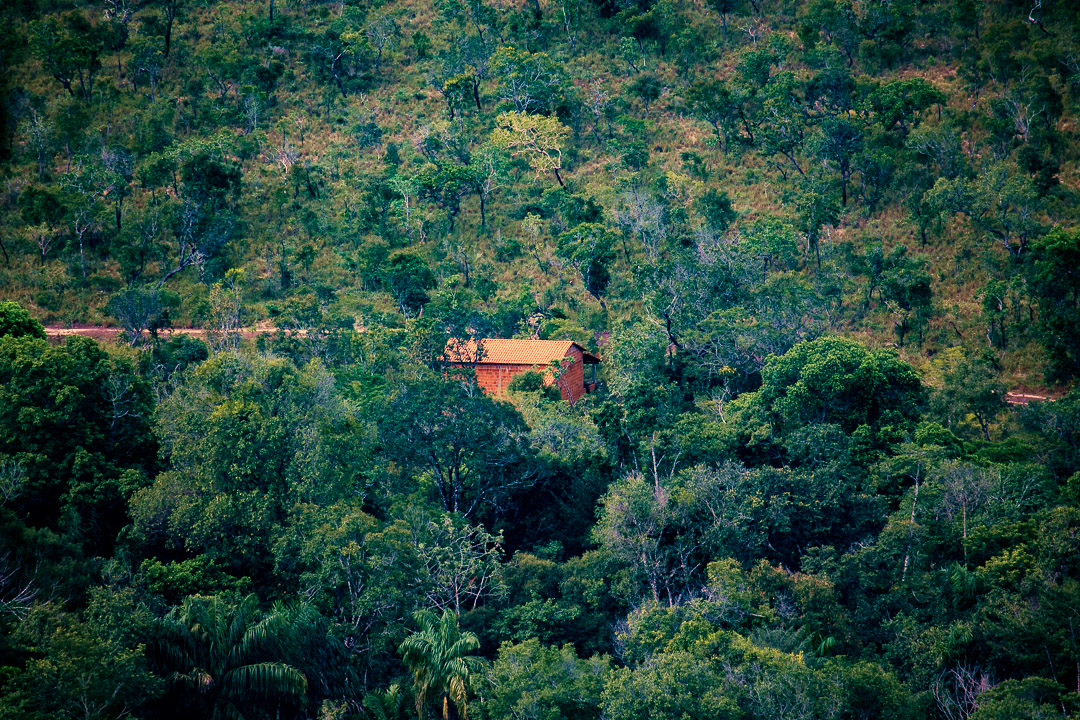 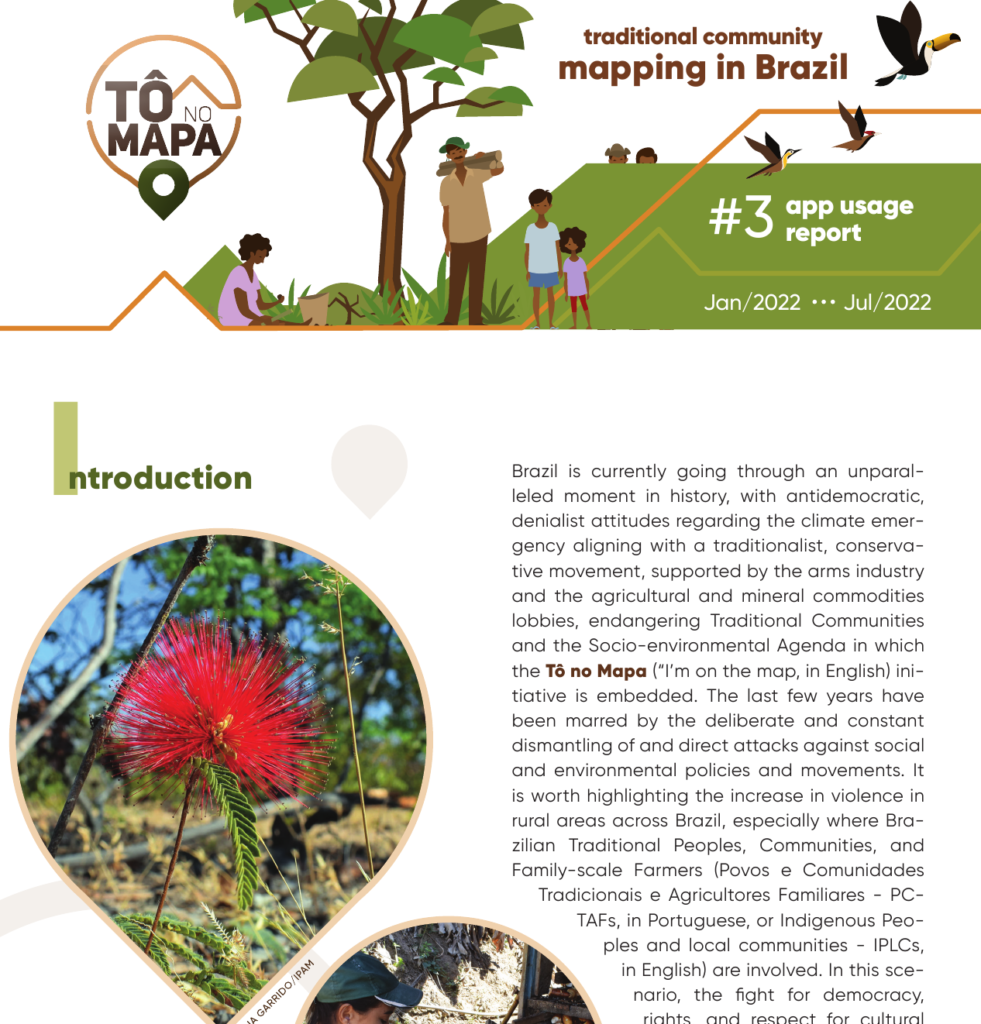 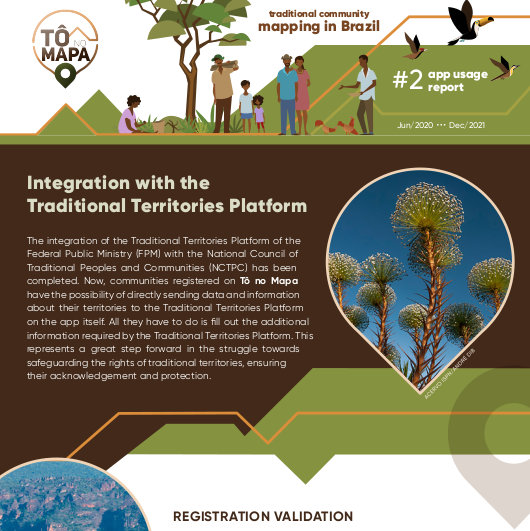